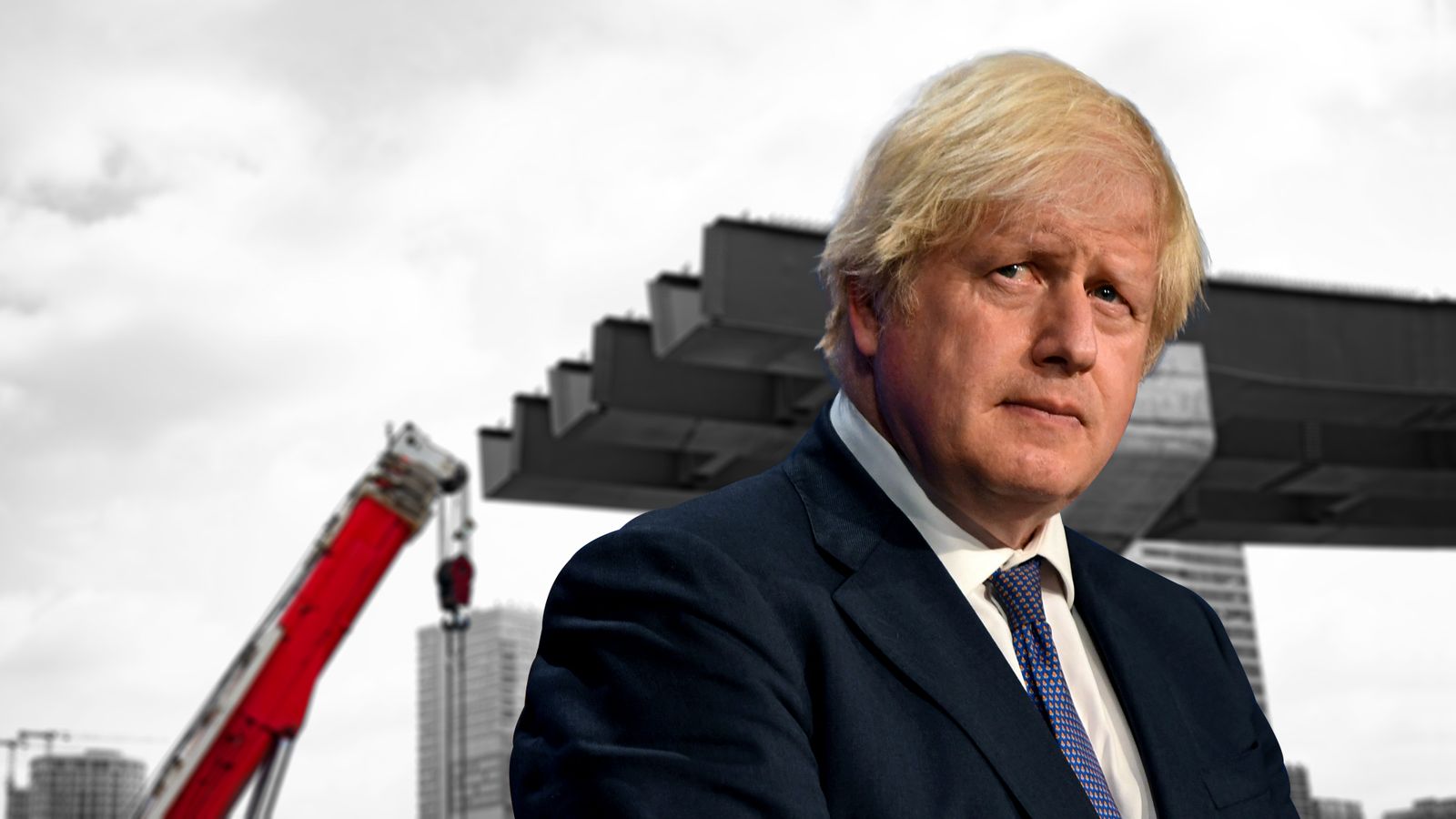 Boris Johnson will make a speech on Thursday on his plans to “level up and unite the country”, something the prime minister has previously described as “the central purpose of his premiership”.

In the Conservatives’ 2019 general election-winning manifesto, the party said its focus would be “levelling up every part of the UK” and the term has since become a key slogan for Mr Johnson’s government.

The term was a key tenet of the Queen’s Speech, the prime minister now has a ‘levelling up adviser’ and Chancellor Rishi Sunak has unveiled a £4.8bn ‘levelling up fund’.

In the party’s manifesto, the PM said it would involve investing in towns, cities and rural and coastal areas, using apprenticeships to balance out skills, giving areas more control over investment and creating new freeports.

Andy Street, the Conservative Mayor of the West Midlands – where the PM will be making his speech on Thursday – has said it should mean “a level playing field for the UK’s regions” in terms of opportunities.

And more recently, the term ‘levelling up’ was heavily referenced in the Hartlepool by-election in May – which saw a Tory MP elected for the first time in the current constituency’s history.

But what does the phrase really mean?

Levelling up is ‘not just getting a shiny new high street’

Conservative MP Simon Fell, one of the many new party representatives elected in the 2019 snap general election, said placing more decision-making locally and investment in education is key to levelling up.

“I think we are seeing good progress on levelling up with towns deals, the Levelling Up Fund, high street bids, all that sort of stuff,” the MP for Barrow and Furness told Sky News.

“But what I am really interested in seeing is more local decision-making, pushing decisions back closer to people, and I am hoping that we will see with that some of what will deliver long-term levelling up.

“I look at my own patch, some of the real challenges we have are around education and health.

Conservative MP Sir John Redwood says levelling up to him is investment in “training, education, support for small business and enterprise”.

“To me, the aim is very clear: it is primarily about more people going on worthwhile personal journeys so that we end up with many more people who are in worthwhile and well-paid work where they find more enjoyment and reward from it in every sense,” the MP for Wokingham told Sky News.

Mr Redwood added that the key to effective levelling up is “harnessing public and private sectors” to create “sustained progress for a community”.

“You are not going to get a sustained recovery or a noticeable levelling up if you just put one or two large public sector projects into a place,” he said.

“It has got to be much more comprehensive than that and a lot of the action is going to be private sector led. “

‘Rebalancing the economy and bringing high-quality, well-paid jobs to the regions’

Conservative MP and former minister Simon Clarke says levelling up is about “creating jobs and opportunity and restoring pride in place”.

“My priority for the future is very clear – delivering more good jobs, growth and investment for the area I was brought up in,” the MP for Middlesbrough South and East Cleveland told Sky News.

Mr Clarke added: “Here on Teesside, our new freeport is already bringing the first high-quality, well-paid jobs to our region with huge investors such as GE Renewables choosing Teesside for their new manufacturing operations.

“The Towns Fund, the Future High Streets Fund and the Levelling Up Fund are all enabling our local authorities to deliver investment and kick-start shovel-ready projects to make the improvements that will unlock future investment in our towns and communities.

“The government is rebalancing the economy to give communities which have felt ignored and let down a greater share of investment and greater control over how these investments are made.”

Giles Wilkes, senior fellow at the Institute for Government and former special adviser to Theresa May, says the levelling up debate for Mr Johnson’s government is about two things – investment and research and development (R&D) spending.

On the latter, he said: “This is the idea that if you try to situate your brainy industries outside of these regions that normally benefit from it, the south east and so on, then you will be able to generate new clusters that will become the Seattles and Bostons of the future.

“All I can say about this is that it is extremely difficult.

“The agglomeration benefits of being around where the existing clever people are is incredibly powerful and there is a long list, perhaps 100 long, on Wikipedia of places that decided to call themselves Silicon something-or-other and failed – because there is only one Silicon Valley.”