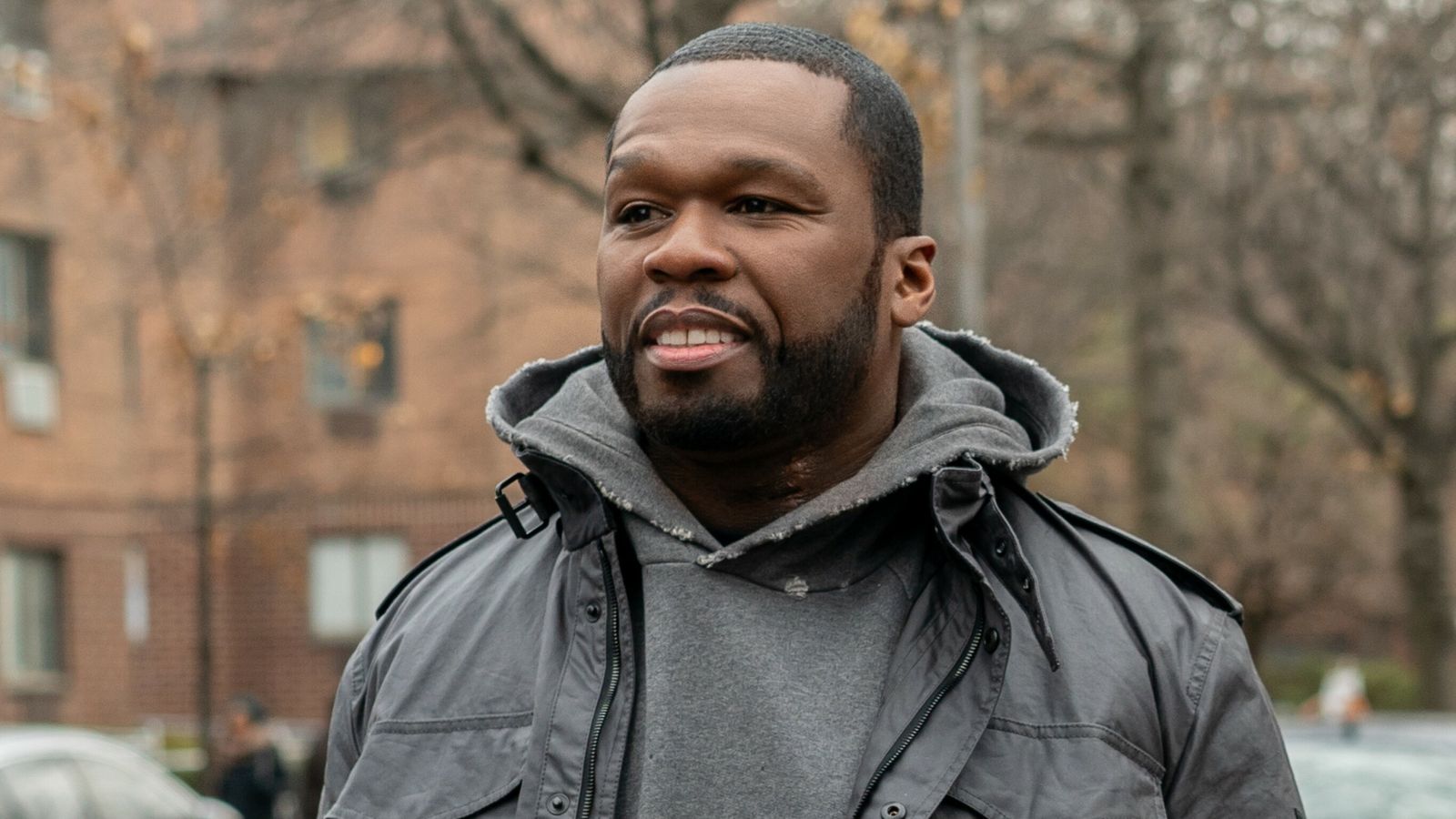 Curtis Jackson also goes by the name 50 Cent, but despite the moniker suggesting otherwise it seems the star doesn’t do things by halves.

When he put out his first album Get Rich Or Die Tryin’ it became the best-selling debut hip-hop record ever, while his TV show Power has been one of the most successful series on premium pay television in the US, according to network Starz.

It led to four spin-off series being commissioned and the latest, Power Book III: Raising Kanan, focuses on how Jackson’s character in Power, drug dealer Kanan Stark, became the man he did.

Jackson tells Sky News he requested to the show’s creator Courtney A Kemp that he wanted to play “the worst character that they’ve seen on television – so if I play a bad guy, I want to play a real bad guy”.

But the prequel shows how he ended up that way, with Jackson narrating the story of Kanan’s younger years.

“To go into the prequel on his character is to show all of his trauma and all of the things that he – the things you go through make you who you are, I believe that – and the things that he went through and his experiences that hardened him to the point that he was that guy that we saw in Power at the beginning,” he says. “So you kind of see the things that he’s gone through that turned him into that.”

In order to give the character authenticity, Jackson borrowed from his own experiences growing up in the borough of Queens in New York City.

One of the show’s opening scenes sees a young Kanan running home to his mother after being beaten up, but instead of comforting him she tells him he needs to learn to fight back and accompanies him for the rematch.

“These are real things, like, I really experienced being roughed up in the park before my mom sent me back to the park, and I was just more afraid of her than the kids in the park, so I ended up going back to fight them instead of dealing with my mom,” he says.

“And you deal with that and it kind of changes your perspective, like, I’m not going to go back whining to my mother for her to send me back, I’ll just handle it before she finds out that I’m scared or afraid of the other person, so it kind of changed a part of my character in the very early stages.

“It was probably the biggest thing to describe what my relationship with my mom was like fairly early on, you know, because she was the only provider, so she was like the source of everything that’s good; if she’s angry with you then nothing good is around, you know what I’m saying, and you’re like, wow, no, just take me back to the park, I’d rather fight than deal with this.”

As a father himself now, Jackson recognises that idolising of parents by their children from the other side of the relationship.

Jackson’s own mother passed away when he was eight, and he went on to be raised by grandparents. There, he was one of nine and there wasn’t a lot of money to go around, but his mother’s friends kept him in their lives; the star says it was them who inspired him to do whatever it took to make money.

“I look at my journey, some of the decisions that my mom made have guided mine, and it’s because people from her life had what was a representation of financial freedom, they had those nice things in front of me,” he says.

“They got everything that you would want, so it kind of led me down the same path of the hustling and going to do different things, and, you know, I just hit the roof of that and wanted to do more, so I got involved in music and entertainment where we do things that exceed that level of success, completely.

“Like, that [what his mum’s friends had] is the smallest thing, you know what I mean, it just felt big at that point, when I was little.”

Jackson has returned to the studio to make new music for Raising Kanan. The tracks see him collaborating with up-and-coming artists – mirroring his own experiences of starting out in the music industry, when he worked with Eminem and Dr Dre – but now it’s Jackson who’s the experienced one boosting the profile of others.

The start of his career was strange to negotiate, he says. “My first album Get Rich Or Die Tryin’ was the largest debuting hip-hop album – still – 13 million records sold on the first album. If your first record is that big – you know that saying, you never have a second chance at a first impression – so people will never really appreciate you as much as they did at that point.”

With a second series of Power Book III: Raising Kanan commissioned before the first even aired, another Starz show called Black Mafia Family and a series for Netflix in the works, Jackson has plenty to keep him busy.

He says that in terms of his TV career, he was inspired to make his own shows by someone he looks up to.

“Sylvester Stallone’s career is my hero career, and it’s because he made the projects that made his career work. He made Rocky, he made Rambo, made Escape Plan – he makes these franchises himself, comes up with the right idea that could work for him and writes the project and everything.”

“So I like that, to develop the things that I’m involved in, that I feel passionate enough about the project after I’ve gone through it step by step.”