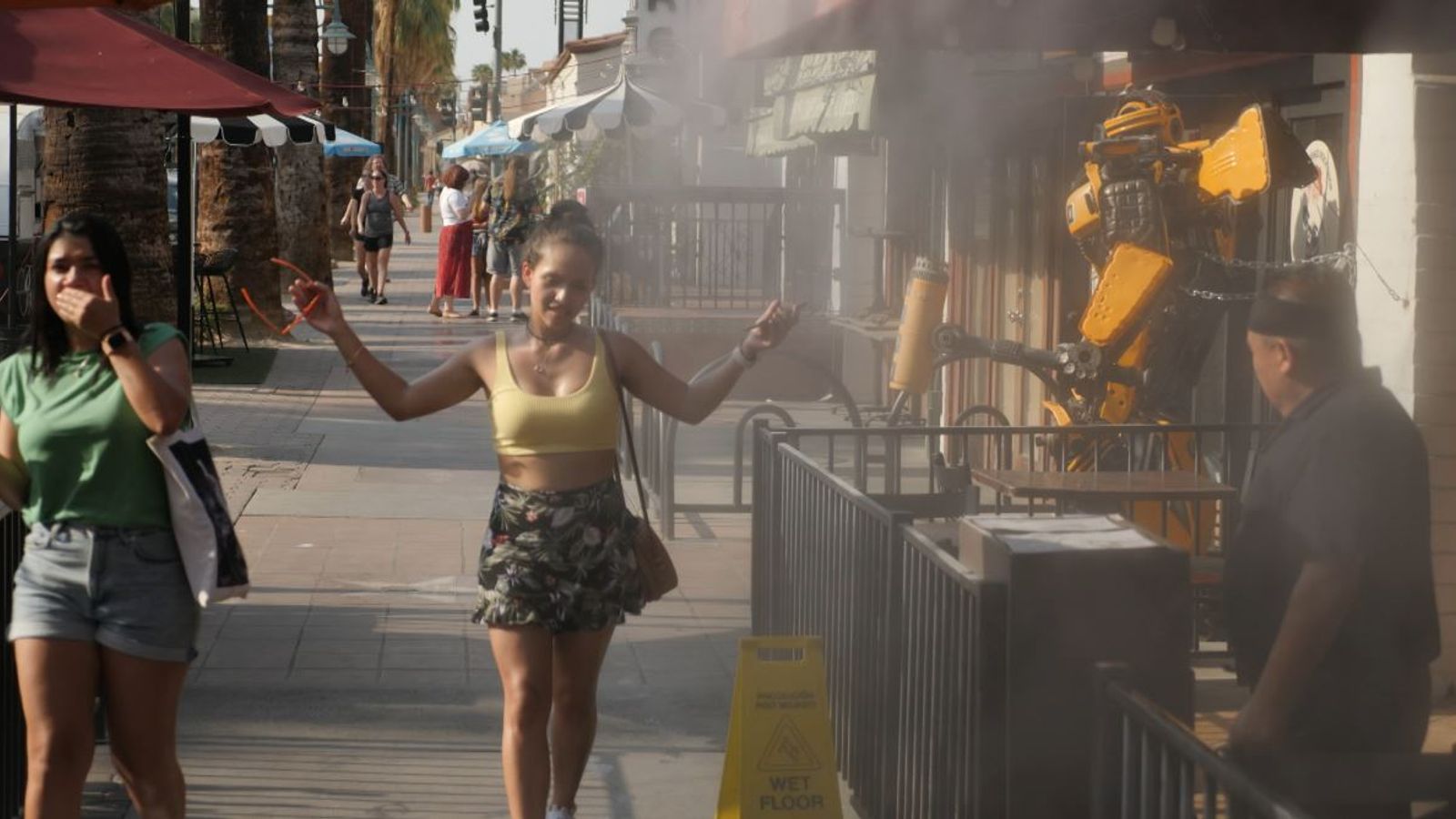 The long-range weather forecast from meteorologist Mike Everett is bleak: “Places like this could become uninhabitable.”

He has spent the last week guiding viewers of NBC News in Palm Springs, California, through its latest record-breaking heatwave.

The desert city is used to the heat but things are extreme. It has recorded its hottest June ever, multiple days in the mid-to-high 40s Celsius and equalled its record high of 50C (122F).

And what is traditionally the hottest part of the year is still to come.

Within decades, Mike says, the increasing frequency and intensity of these heatwaves could turn this resort playground into a ghost town in summer.

“It is climate change, pure and simple,” he said.

“People will just move, they’ll migrate very similar to like we did at the beginning of mankind. They’re going to get away from the equator and start inhabiting the north.

At least the people of Palm Springs are used to dealing with the heat. Tens of millions across America’s west have faced weeks of record-breaking temperatures, many of them places not accustomed to extreme temperatures.

In many places there hasn’t even been any respite from the heat at night: Palm Springs has seen record minimum temperatures in the 30s Celsius.

Patrick and Ryan Nash have just moved here from the cooler California coast.

“The (heat)waves that we’ve had recently are much earlier in the year. Typically it won’t get this hot until around August or maybe September in previous years,” said Ryan.

“The heatwaves are usually three or four days long but now we’re getting these high-pressure systems that last for a week. We’re like day three of nine so it’s going to be this intense for a while.”

Many desert cities are now focussing on how to adapt to hotter temperatures, planning new areas of shade in landscape design and even considering encouraging people to work at night instead of the day.

Construction worker Carlos Moreno has shifted his hours to starting earlier in the day and even altered his diet to cope with the heat.

But, for many like him, there is little else they can do: “If we can’t work in this heat we can’t just stay at home.”