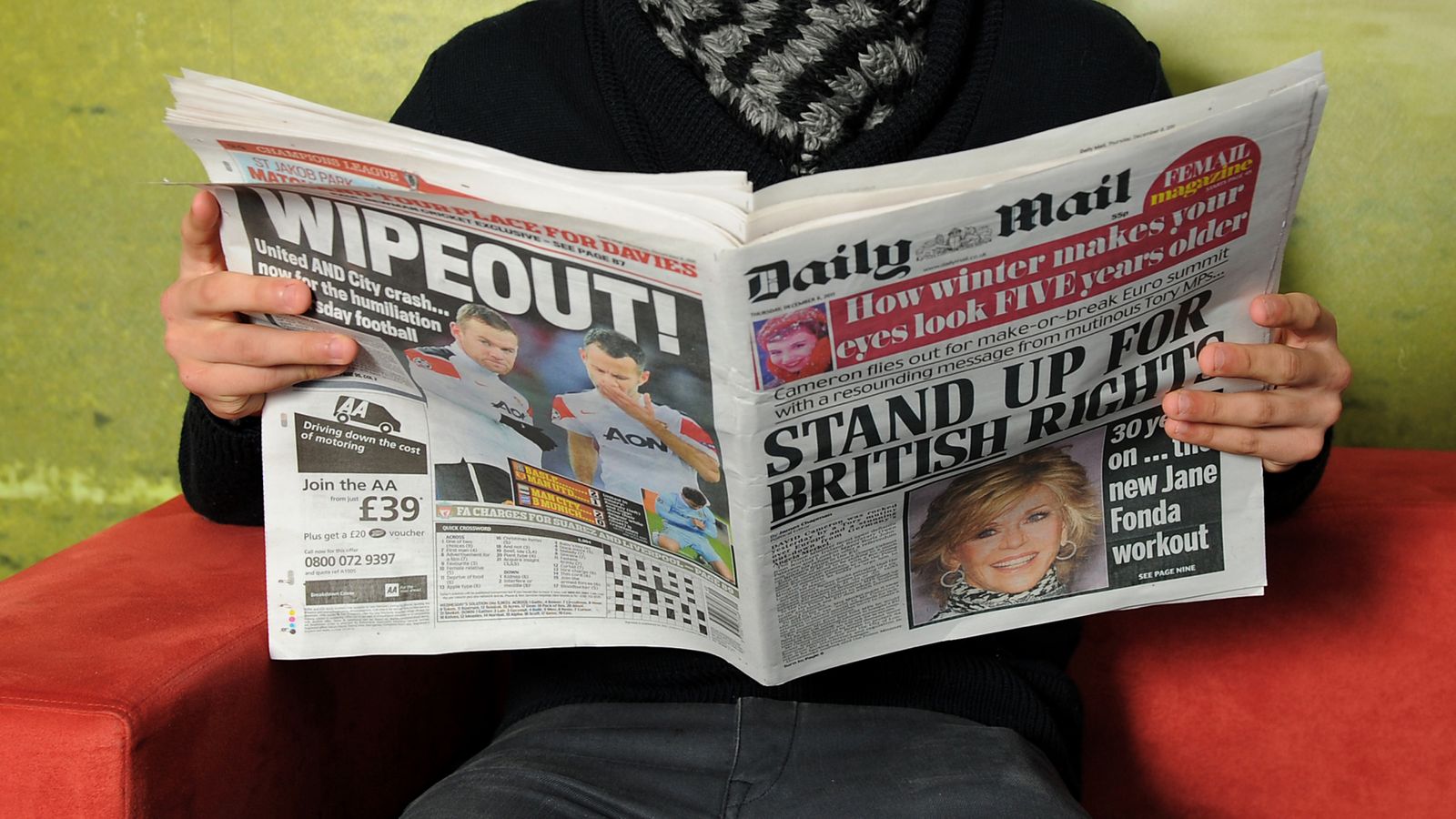 The Daily Mail’s founding family is plotting an offer to take the company behind Britain’s biggest-selling national newspaper private – move that would end 90 years of stock market history.

Daily Mail & General Trust (DMGT) confirmed Sky News’ exclusive revelation on Monday that Rothermere Continuation Limited (RCL) is considering an £810m bid for the shares in the company that it does not already own.

A formal bid from RCL, a trust which invests on behalf of the family of Lord Rothermere, DMGT’s chairman, is conditional on the sale of the group’s insurance risk arm.

The cash proceeds of that sale – 610p-per-share – would be distributed to DMGT shareholders, along with the company’s 16% stake in Cazoo, a used-car marketplace which is in the process of listing in New York through a merger with a ‘blank cheque’ company.

That would leave RCL offering 210p-per-share to DMGT’s shareholders for the roughly 65% of the company that the Rothermere family does not currently own.

“If the Possible Offer is made and becomes or is declared unconditional, it is expected that DMGT would cease to be listed in due course and re-registered as a private company,” DMGT said in a statement to the London Stock Exchange.

Taking the Daily Mail’s owner private would bring the curtain down on nearly nine decades as a public company.

DMGT floated in 1932, a decade after it was formed to manage the family’s interests.

It has accelerated its reshaping in recent years, selling a 50% stake in Euromoney, the business-to-business publisher, and other assets including a stake in Zoopla, the online property portal.

The Daily Mail last year became the UK’s biggest-selling national daily newspaper for the first time in its 124-year history.

Its online equivalent, MailOnline, is now one of the world’s most-visited news websites.

It was unclear on Monday how RCL would fund its potential bid to take DMGT private, or who the suitor was for its insurance risk arm.