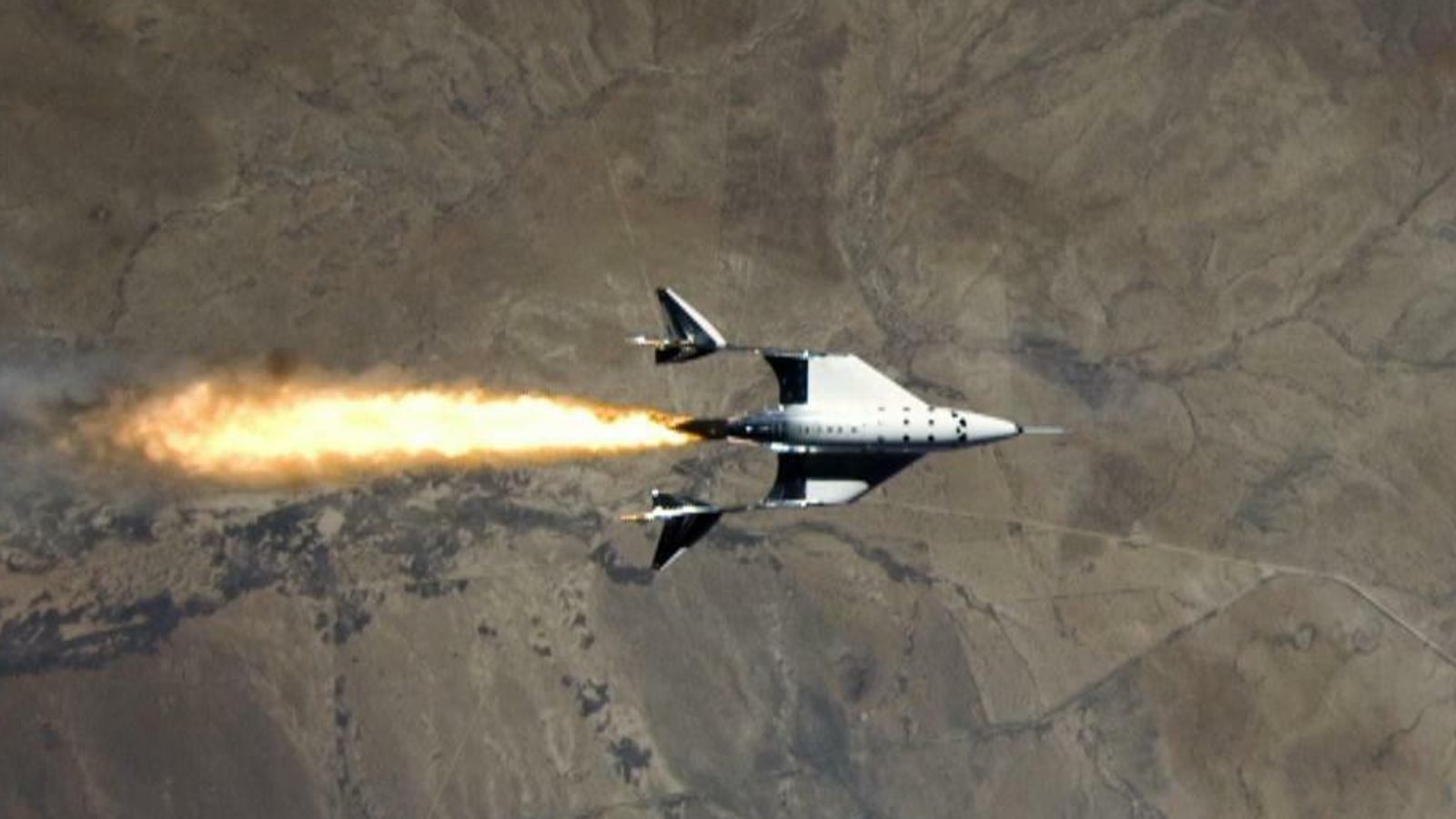 The VSS Unity spaceplane will be launched in mid-air after dropping from the belly of its mothership at an altitude of about 9.4 miles (15km) before its rocket fires the craft and its crew into sub-orbital space 50 miles (80km) above the Earth.

The British entrepreneur announced his plan to reach space nine days before Amazon boss Jeff Bezos is set to launch aboard his own mission. Although there are questions about whether Virgin Galactic‘s maximum altitude of 80km actually qualifies as space.

The mothership took off from the Spaceport America runway in New Mexico approximately an hour later than initially planned due to bad weather.

Once the VSS Unity spaceplane reaches its maximum altitude and the crew experience a few minutes of microgravity, the rocket motor will turn and the crew will glide to a landing.

As part of the return trip, a feathering system slows and stabilises the craft as it plummets further down through the atmosphere towards the Earth.

Last December Virgin Galactic aborted a landmark test flight of its rocket-powered space plane, despite everything getting the all-clear a minute before launch.

The Unity 22 mission will be the company’s first to carry a full crew of two pilots and four mission specialists in the cabin but will be the 22nd flight test for rocket plane VSS Unity.

Taking off from a spaceport in New Mexico, the crew will be evaluating the “cabin environment, seat comfort, the weightless experience and the views of Earth that the spaceship delivers” in the commercial cabin.

Ultimately the company aims to be operating multiple space tourism flights a year, and already has more than 600 customers for the $250,000 (£189,000) seats – including Justin Bieber and Leonardo DiCaprio.

The DOJ’s antitrust case against Google is ambitious but risky
‘He embodies my son’: Michael Jackson’s nephew to play pop star in new biopic
Blow to Putin as both Germany and US confirm they will send tanks to Ukraine
S Club 7 singer reveals she was homeless over Christmas
Seven-time All-Star Rolen voted into baseball Hall