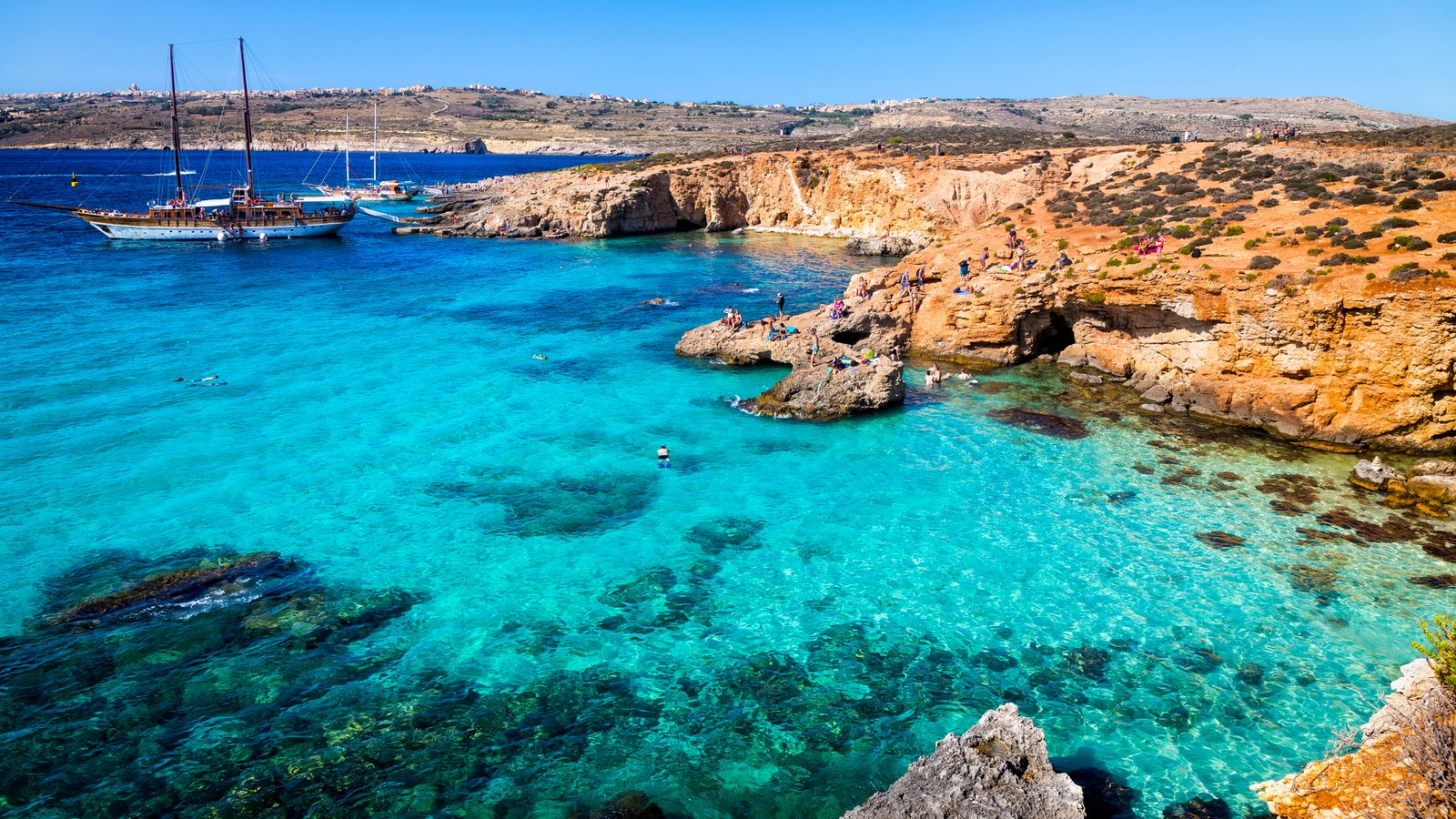 Anyone over the age of 12 who travels to Malta after Tuesday must present a proof of full vaccination before they will be allowed into the country.

Authorities will require a recognised COVID-19 vaccination certificate, such as the type issued by Malta, the European Union or the United Kingdom’s NHS.

Children aged between five and 12 only need to present a negative PCR test, and the under-fives are exempt.

While the rule applies to everyone, regardless of where they come from, the rules are slightly different for people from the UK, according to Visit Malta and the move effectively bans those aged 12-17 who currently cannot be vaccinated in the UK, unless they are part of a trial, as well as millions of adults who are yet to be vaccinated.

Other countries in the EU, under its green passport system, say anyone who is certified to have been vaccinated, has had a negative PCR test result or has certifiably recovered from COVID-19 can cross their borders, but Malta has decided to only recognise those who are fully vaccinated.

In late June, the country announced it would not accept the NHS app as proof of vaccination, but relented at the start of this month.

In the past few weeks, Malta has been a popular option for UK holidaymakers as it is on the UK’s green list, meaning anyone returning does not have to quarantine unless they have a positive test. It is also not on the green watch list, indicating it is not expected to move to the amber list imminently.

The change in rules comes amid a surge in cases across the Mediterranean island, which has a population of just over half a million.

Good news! From 01 July the Malta Ministry for Health has announced that it will accept proof of full vaccination in the form of digital COVID passes, including the NHS app or the vaccination certificate in digital or downloaded PDF form. pic.twitter.com/ko89uPtx37

Malta’s vaccination rates have been high, with 79% of Maltese adults receiving both jabs so far.

Despite that, the Maltese government says 90% of new cases are among the unvaccinated with many of those linked to travel.

The government has also closed English-language schools from Wednesday, after several positive cases linked to those locations were identified.