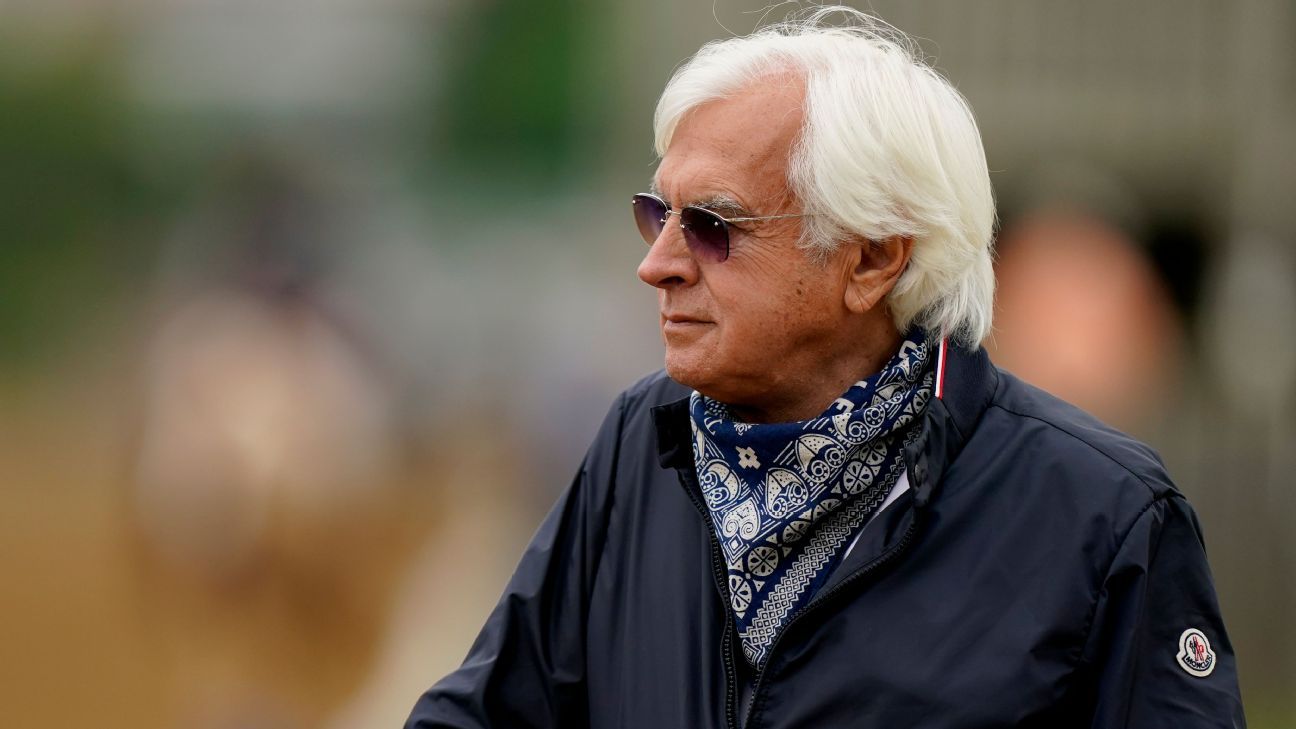 Ridden by Hall of Famer John Velazquez, Gamine broke sharply and took charge nearing the turn to win as the 1-5 favorite in the field of five. She ran 6 1/2 furlongs in 1:14.98 at the Orange County track.

“That’s what great horses do. When she runs, I get nervous and I’m more relieved after the race,” said Baffert, who won the Grade 2 race for the fourth time in his career. “It was nice to see a lot of people come to the paddock to get a good look at her.”

Bella Vita, a 22-1 shot, returned $9 to place. Road Rager, who was 45-1, finished third. There was no show wagering because of the five-horse field.

On Sunday, Classier held off favored stablemate Defunded by a nose to win the $150,000 Los Alamitos Derby, giving Baffert a 1-2 finish in a race he’s won five years in a row and six of the past seven.

Baffert trained Medina Spirit to a victory in the Kentucky Derby in May, but the colt failed a postrace drug test. Baffert contends he did nothing wrong.

Churchill Downs has suspended him for two years, and the New York Racing Association has indefinitely suspended him from stabling and racing at Saratoga, Belmont and Aqueduct. However, he is able to race in California because his trainer’s license has not been suspended or revoked in any racing jurisdiction.