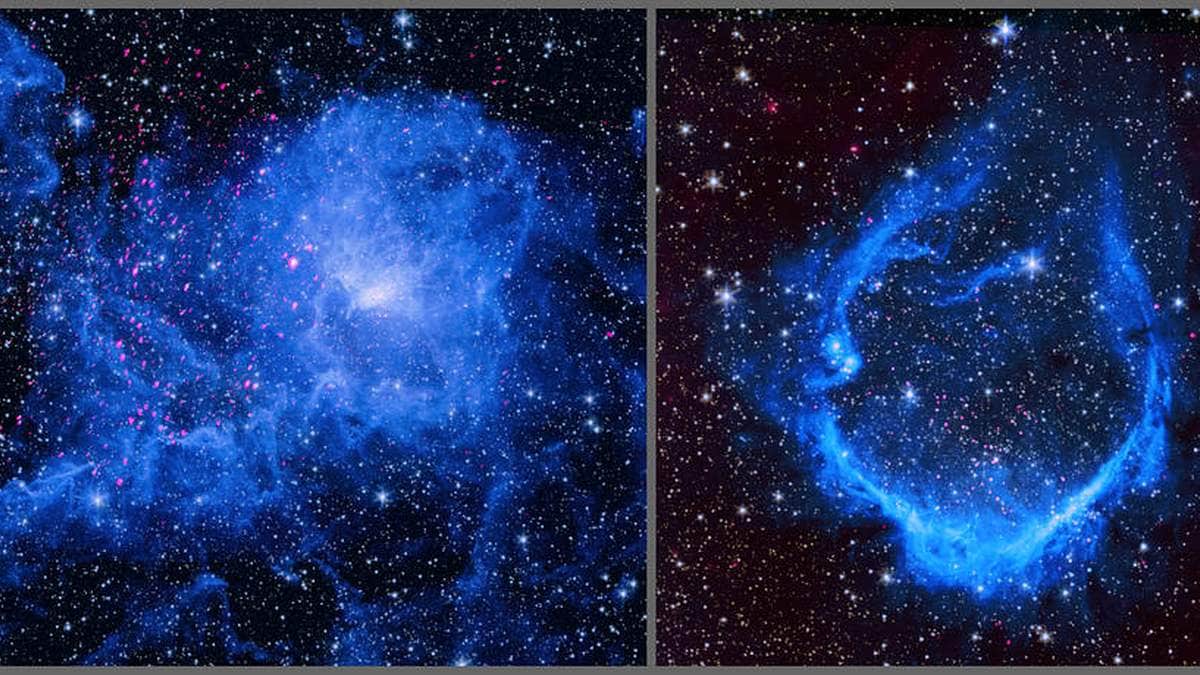 NASA has shared a stunning image of the Lagoon Nebula, a giant blue cloud of gas and dust where stars are currently forming. The image had thousands of stars, or giant flares, twinkling like dots on a massive black canvas. The Lagoon Nebula, also known as NGC 6523 or Messier 8, is located some 4,400 light-years from Earth, within our own Milky Way galaxy. The space agency’s Chandra X-Ray Observatory, a telescope designed to detect X-ray emission from very hot regions of the universe, found it during one of the largest surveys of star formation ever conducted in X-rays.

In an Instagram post, NASA said the survey covered some 24,000 individual stars in 40 different regions. It added that the survey conducted by Chandra X-ray Observatory will help scientists understand the link between the powerful flares or outbursts from young stars and the impact they could have on planets in orbit around them.

Stressing the significance of discoveries like these, NASA said scientists have argued over the past two decades that these giant flares can help the still-forming stars by driving gas away from disks of material surrounding them. “This can trigger the formation of pebbles and other small rocky material that is a crucial step for planets to form,” it said. But these flares can also damage the planets that have already formed by blasting them with powerful radiation.

The discovery has left more than seven lakh Instagram users stunned who have shared their appreciation by liking the image. Several of them also left comments.

“I love you NASA,” said a person with the username “h_.mariwan”.