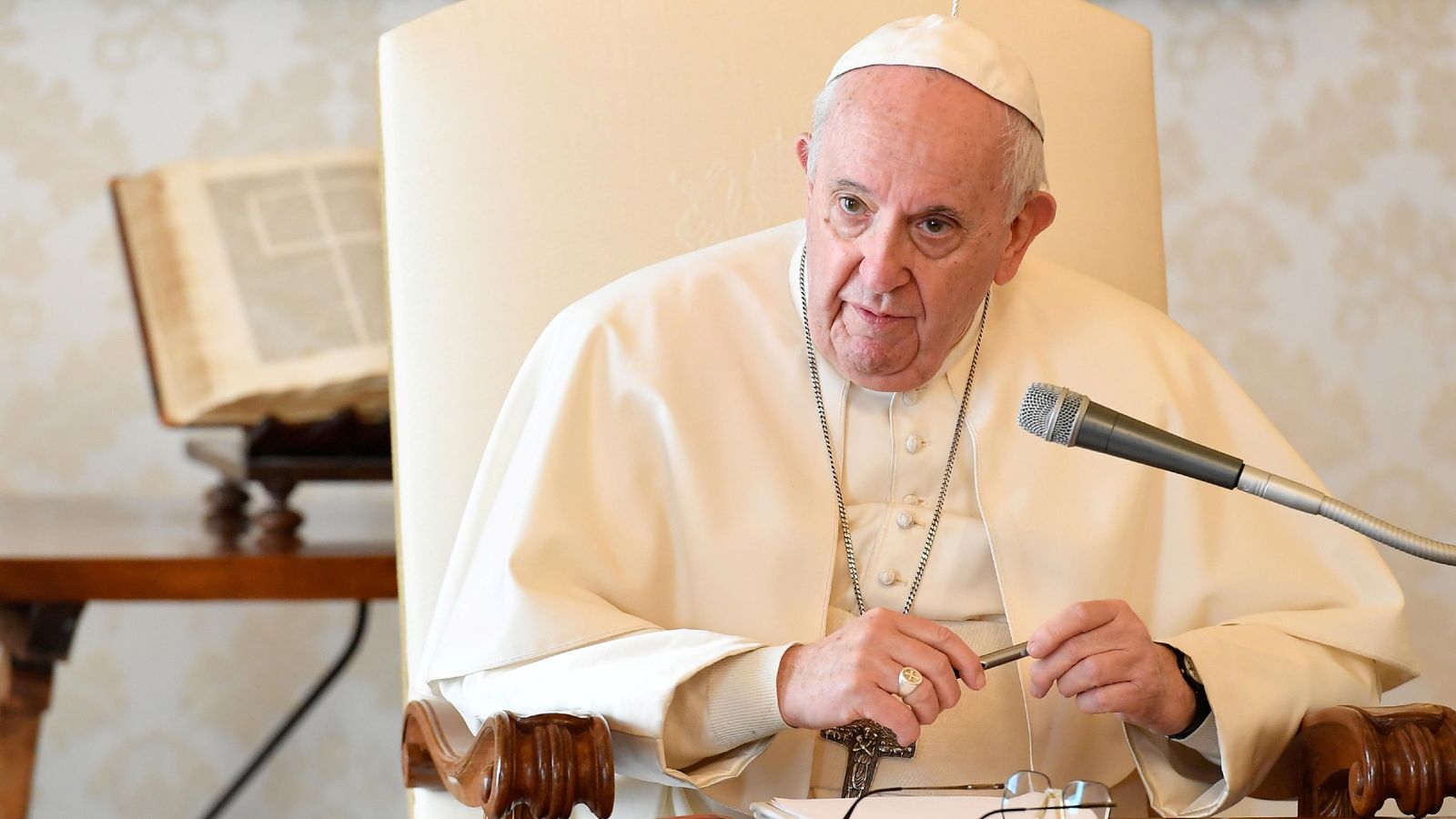 Cardinal Marx wrote a letter to the Pope last week offering to resign as the archbishop of Munich and Freising over the Church’s mishandling of abuse cases.

He is not under investigation himself, either for abuse or for covering it up.

In the letter, he said: “It is important to me to share the responsibility for the catastrophe of the sexual abuse by Church officials over the past decade.”

However, Francis responded saying he must continue in his role and “shepherd my sheep”.

He said what was necessary instead was a process of reform “that doesn’t consist in words but attitudes that have the courage of putting oneself in crisis, of assuming reality regardless of the consequences”.

Declaring that “the whole Church is in crisis”, Francis said it could no longer take a “head-in-sand policy” over the scandal.

A report commissioned by the Catholic Church itself, in 2018, found more than 3,600 people in Germany had been sexually assaulted by priests between 1946 and 2014.

More than half of the victims were 13 or younger when the abuse took place, and nearly a third of them were altar boys, according to the report.

Cardinal Marx, who is one of Roman Catholicism’s most influential liberal figures, is a member of the pope’s kitchen cabinet, a small group of cardinals from around the world who advise the pontiff on various issues.

The letter from the Pope appears to give Cardinal Marx papal backing to continue with reforms in Germany, launched as a response to the abuse crisis.

The so-called “Synodal Path” which aims to give lay Catholics more influence over the running of the Church has come under fire in Germany, mainly by those opposed to opening debates on issues such as homosexuality and priestly celibacy.

There has also been criticism of the German reform process from the Vatican and bishops elsewhere, including church leaders in the United States.

Royal Mail owner puts cost of strikes at £200m
‘Explosions and calls in the night’: Zelenskyy recalls first moments of invasion and how close Russian forces got to him
House Speaker McCarthy spoke with Musk about making Twitter ‘fair on all sides’
40 dead in Pakistan after bus falls into ravine
The DOJ’s antitrust case against Google is ambitious but risky