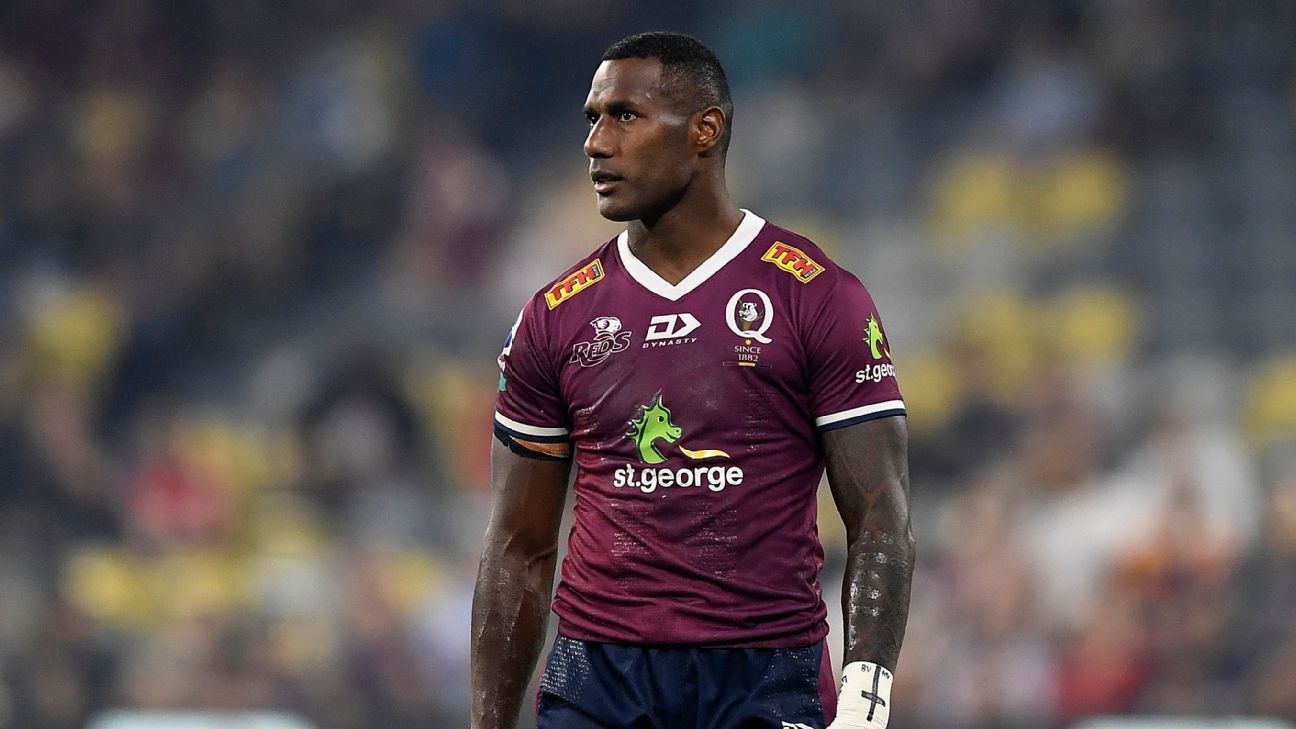 A Wallabies debut for ex-NRL star Suliasi Vunivalu will have to wait with the winger to miss the upcoming Tests against France with a hamstring injury.

Vunivalu hobbled off the field in Queensland’s 31-24 Super Rugby Trans-Tasman loss to the Blues last weekend and Wallabies coach Dave Rennie says the injury is significant enough to rule him out of the three-Test series against the French next month.

“That’s going to see him miss the French series and we’ll know a little bit more detail beyond that but he certainly won’t be available for France.”

Despite the setback, Rennie was hopeful Vunivalu will have opportunity to make his Test debut later in the international season.

“We’re really happy with his progress. The Reds have done a really good job with him,” Rennie said.

“Disappointing for him but his job really is to rehab quickly and try and get back.

“We’ve got a lot of Tests and so there’s a lot of opportunity for him to still play for us.”

Injured five-eighth James O’Connor is expected to be named when Rennie names his squad for the French series on Sunday.

The Reds captain was a late scratching for the Blues game with a neck injury and hasn’t travelled to New Zealand for their last fixture of 2021 against the Hurricanes in Wellington.

“He’s been getting stingers for about the last four to five weeks,” Rennie said.

“We anticipate him being right.”

Rennie is unfazed about concerns the French are reportedly unhappy about strict quarantine requirements before their travel to Australia.

The Wallabies coach is confident the issues will be sorted and hasn’t been forced to make changes to his own plans due to the uncertainty.

“As we know, from last year, we thought our first Test was in Brisbane and two weeks later, we were in Wellington,” Rennie said.

“What I know is, from a quarantine point of view, it’s pretty good for the sporting teams, like we had in New Zealand and like the Argentinians had here in Australia.

“The French will be able to come in, they’ll be able to train fully and prepare well. I’m sure there’s no issues around it.”

Government homes in on £5bn cladding settlement with housebuilders
Woman vanishes while walking her dog
Chasing history in Boston: The numbers behind the Bruins’ wild 2022-23 season
Buffy star shares what most scares her and how she moved on from ‘toxic’ ’90s set
Stormzy announced as latest performer for Brit Awards 2023