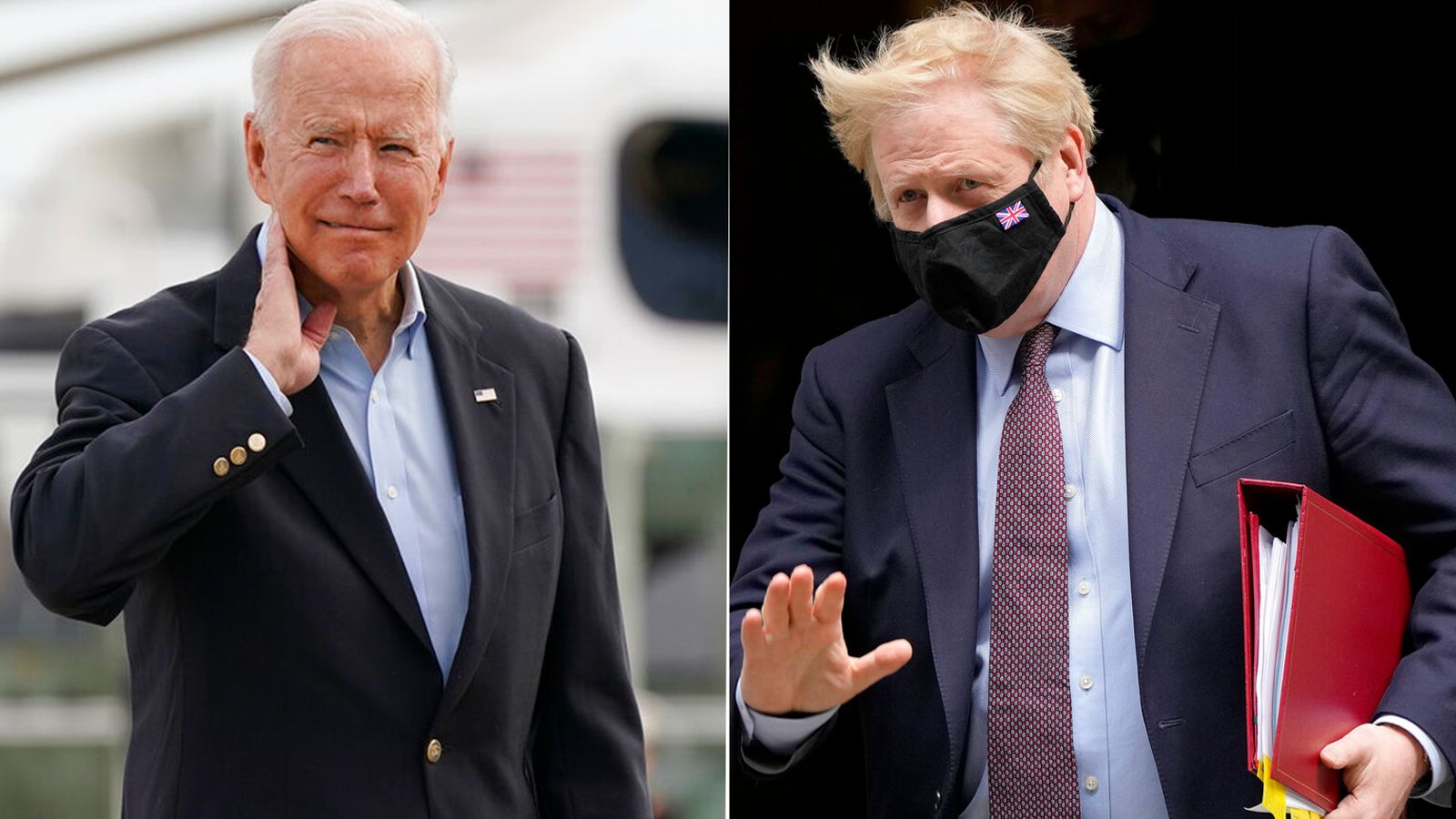 Boris Johnson and Joe Biden will set out their joint vision for a “sustainable global recovery” from the coronavirus pandemic when they meet ahead of the G7 summit in Cornwall.

Holding their first face-to-face talks on Thursday, the leaders are expected to agree what has been billed as a new Atlantic Charter – a reference to the declaration of post-war cooperation between Winston Churchill and President Franklin D Roosevelt in 1941.

According to Downing Street, the meeting will focus on climate change, security, the global trading system and defending democracy, as well as efforts to coordinate how transatlantic travel can resume safely.

The ongoing issues in Northern Ireland related to disagreements between the EU and UK over the implementation of the Brexit protocol will also be discussed.

In a statement ahead of the talks the prime minister said: “While Churchill and Roosevelt faced the question of how to help the world recover following a devastating war, today we have to reckon with a very different but no less intimidating challenge – how to build back better from the coronavirus pandemic.

“The agreements President Biden and I will make today, rooted as they are in our shared values and outlook, will form the foundation of a sustainable global recovery.

“Eighty years ago the US President and British Prime Minister stood together promising a better future. Today we do the same.”

Earlier this week, The Atlantic reported Boris Johnson‘s dislike of the phrase ‘special relationship’, with the magazine suggesting he believed it made the UK seem “needy and weak”.

In the statement ahead of his meeting with President Biden, Mr Johnson omitted any reference to the term, instead describing the UK and US as “the closest of partners and the greatest of allies”.

In addition to the commitments in the new Atlantic Charter, the leaders will also identify shared policy priorities, including:

• Improving the UK-US economic relationship by finding a resolution to the trade dispute around subsidies, which has seen tariffs imposed in relation Airbus and Boeing

The area where there is the greatest risk of disagreement is thought to be over the situation in Northern Ireland, where a dispute with the EU over the UK government’s implementation of the protocol governing customs checks has resulted in growing tensions and the risk of a trade war.

On Wednesday Mr Biden’s national security adviser, Jake Sullivan, said: “President Biden believes and has said that the Northern Ireland Protocol, as part of the agreement between the UK and the European Union, is critical to ensuring that the spirit, promise and future of the Good Friday Agreement is protected.”

Truex Jr. wins in NASCAR’s return to LA Coliseum
Premier League’s top two lose, more mediocrity from Real Madrid: Weekend Review
When the roar of heavy diggers stops, the sound of silence that no one wants to hear
Head of Epsom College found dead on school grounds along with husband and seven-year-old daughter
Liz Truss rules out future PM bid but ‘doesn’t regret’ her short time in No 10