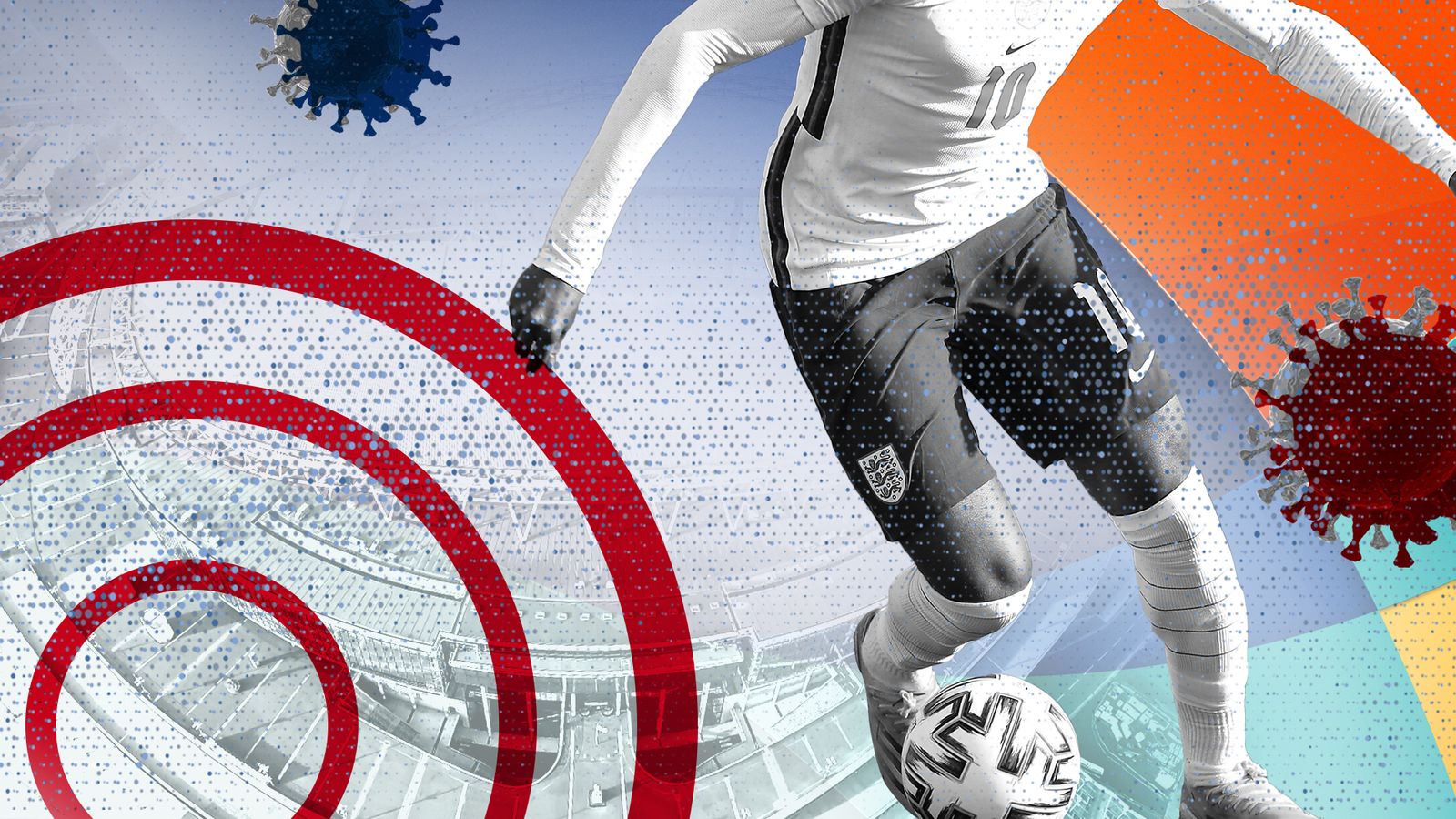 Europe is gearing up to enjoy one of its most eagerly awaited football tournaments in years, as it attempts to shrug off the impact of the pandemic on organised sports.

But the countries where the delayed Euro 2020 matches will be played vary significantly in terms of how badly hit they currently are by the virus.

And the cities that are hosting the group and knockout ties vary even more.

In all, 10 countries will play host to spectators, with football being played at 11 stadiums and arenas. In the United Kingdom, the both England’s national stadium, Wembley, and Scotland’s – Hampden Park – will be used.

Thousands of fans will still gather in stadiums, with many more expected to mix at meeting points in city centres. So far, two Spanish players, two Swedes and several Czechs have been among those testing positive before the European Championships have even begun.

Dublin and Bilbao were previously proposed as venues but UEFA’s Executive Committee met in late April and decided that, largely because of COVID rates, fans would have difficulties attending matches.

In any event, fans from across the continent will face all kinds of obstacles attending the matches in the remaining venues.

The capacities at most of the grounds are being cut to allow social distancing to take place, substantially reducing the number of seats available.

Below are some of the restrictions and problems anyone who wants to attend matches at the 11 grounds will face.

Much of what is listed for stadiums outside the UK is based the latest information received by UEFA from the local authorities and is constantly evolving and changing so should be checked against local government requirements:

Wembley has been the beneficiary of deteriorating COVID situations in other European countries, gaining several matches that were due to be played elsewhere.

But overseas fans wanting to come to London face all kinds of hurdles until the restrictions are finally relaxed.

Anyone from outside the Common Travel Area of the UK and Ireland must have a negative test in the 72 hours before arrival (assuming they are not a non-UK/Irish resident coming from a red list country, from where travel is banned) and then quarantine on arrival according to government requirements, having filled in a passenger locator form.

Everyone based in the UK going to the stadium, for the group matches at least, must have had an NHS test and trace approved negative lateral flow test or have proof of full vaccination using the government’s app.

Ticket holders based elsewhere must also have evidence of a negative lateral flow test.

Numerous other regulations will be in place for people able to enter the ground.

The rules for getting to Scotland from abroad are similar to those when arriving in England, with quarantine rules also in place for people coming from amber countries and there are specific restrictions on people coming from parts of northwest England and the Republic of Ireland.

Unlike in Wembley, fans attending matches at Hampden Park will not need proof of a negative COVID test to gain entry, but the Scottish government has said the policy will be reviewed if the situation changes.

Anyone wanting to go to Ajax’s home ground will first have to check if they are allowed into the Netherlands.

The UK is not currently considered a “safe” country so a ban on entry applies, assuming someone is not a national of an EU country.

People from EU countries and selected other ‘exempt’ countries can still visit but the rules are complex and should be checked with the Dutch authorities.

Before going to the stadium, fans must have passed a free, bookable COVID test and then follow a number of other rules.

To go to Azerbaijan, only people from Turkey, Switzerland, the UK and any relevant quarter-finalist country will be able to obtain a visa on arrival if they have a valid match ticket.

From 10 June, people from Russia and Turkey will be able to visit only if they have either passed a verified PCR COVID test or have proof of full vaccination.

Everyone else cannot enter the country to watch a match but, like Netherlands and all the countries on this list other than the home nations, Azerbaijan is on the UK’s amber list, meaning anyone visiting would be going against government advice and would have to quarantine on return.

Currently, a COVID-19 test will not be required for stadium entry in Baku.

The UK is currently on Romania’s red list, which means that anyone wanting to go to the country, as well as following any appropriate immigration procedures, must provide proof of full COVID-19 vaccination or show evidence of immunity or provide a negative PCR test result and leave within 72 hours.

Several EU countries are on Romania’s amber and green lists, so visitors from those places will have to follow other rules.

All ticket holders attending group stage matches at the stadium must get a COVID-19 wristband before heading there, which requires a range of testing options.

At first glance, the Puskas Arena might look like a good option to see some high quality football, as the authorities have said they are allowing all of the seats to be occupied, making it the only venue that will be full to capacity.

But, while visitors to the ground might be able to lay their hands on a valid COVID test result – which is required to get the wristband necessary to enter the stadium – providing evidence of full UK vaccination – which is the other way to get one – is unlikely to be sufficient as the UK does not yet have a reciprocal arrangement with Hungary.

The above requirements are also necessary to enter Hungary.

People from the UK cannot currently enter Denmark unless they have a “worthy purpose for entry”, such as work, business or studies. Different rules are in place for people who live part or all of the time in the EU.

Anyone who makes it to the ground, will need to show a valid negative test result, proof of immunity or proof of full vaccination.

Germany has designated the UK an area where virus variants of concern exist and, therefore, travel is pretty much banned unless someone is German or has an exceptional excuse.

Those who do arrive from the UK are subject to a two-week quarantine.

Anyone who makes it to the stadium needs to show their valid ID and wear an FFP-2 face mask as well as carrying their ticket.

Since 7 April, entry to Italy from the UK has no longer been restricted to Italian residents but measures continue to apply.

There is a requirement to present a negative test result or quarantine on arrival.

To enter the stadium, any ticket holders who are not Italian must provide a negative COVID-19 molecular or antigen test result that is not older than 48 hours at the time of kick-off (in Italian or English, in printed or electronic form).

In April, the Russian government said nationals of various countries including the UK could now travel to Russia so long as they had the appropriate documents.

Normally a visa is required by UK citizens to enter Russia, but a travel exemption has been created and will be in place for all UEFA EURO 2020 games in Saint Petersburg. It will allow travelling fans from other nations with matchday tickets to enter Russia without a visa but with some additional necessary documents.

A FAN ID is required, along with proof of a negative COVID-19 PCR test dated no earlier than three calendar days before arriving and those on international flights to Russia need a COVID-19 pre-travel screening form.

Spain is yet to set specific requirements for fans travelling to watch the football but generally UK residents are allowed to enter the amber-listed country subject to various requirements.

All passengers entering Spain are still required to complete a health control form before they travel and have to undergo various checks when they arrive.