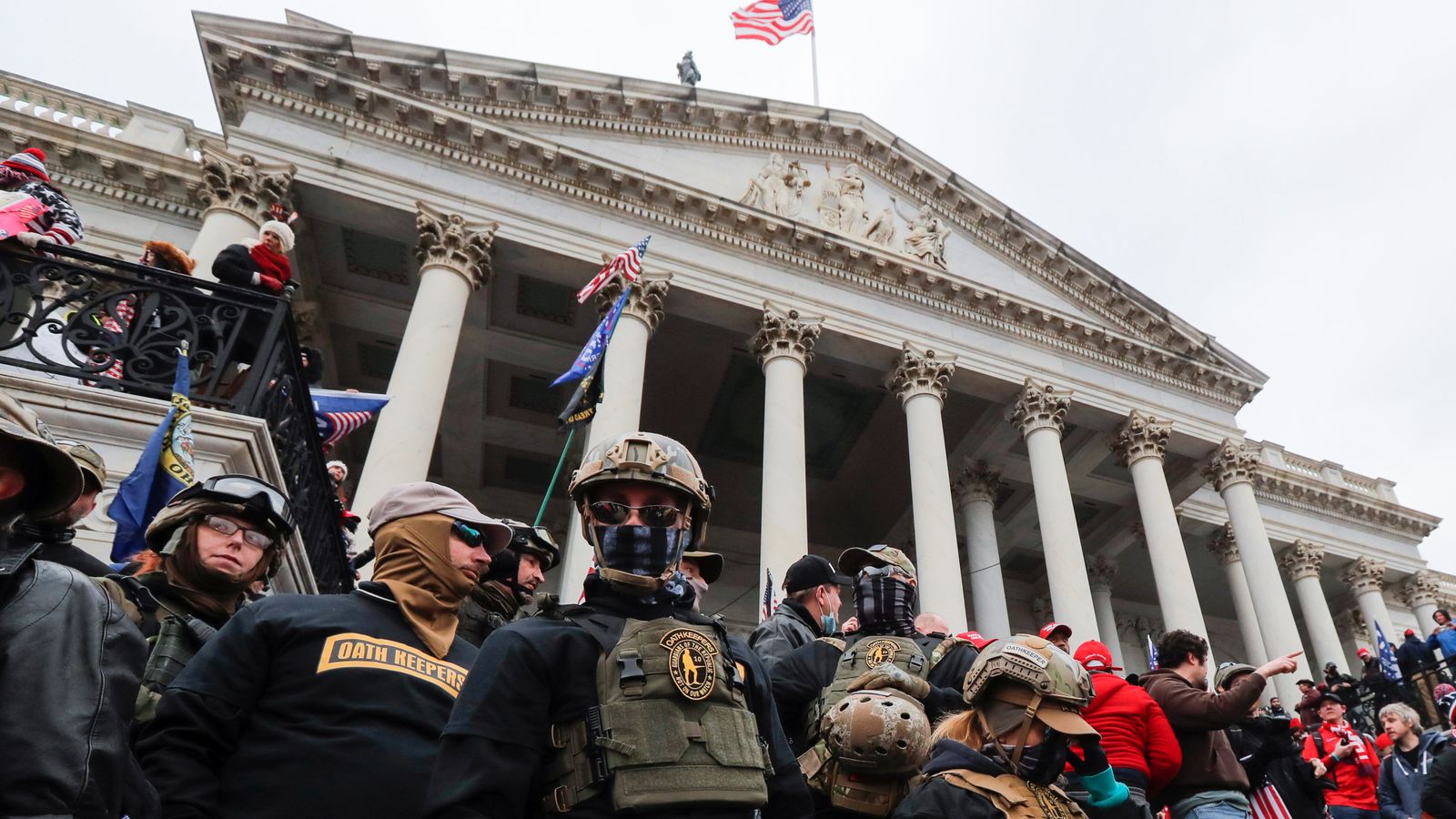 A Senate investigation into the US Capitol riots has uncovered a “number of intelligence and security failures” leading up to and on the day violence erupted.

On 6 January pro-Trump supporters broke into the Capitol building, vandalised and destroyed property and ransacked offices as Congress met to certify Joe Biden as the 46th President of the United States.

Seven people died, including three police officers, and dozens were arrested in the aftermath of the attack.

The 95-page report found intelligence officers, including the FBI, failed to issue any warning of potential attacks on the Capitol, leaving police officers unprepared to deal with rioters.

It said the police’s intelligence unit “knew about social media posts calling for violence at the Capitol” including a plot to breach the building, online sharing of maps of the area’s tunnel systems and other specific threats.

Published by the Senate Homeland Security and Governmental Affairs and Rules committees, it also said Capitol Police were compromised by multiple issues and its incident command system “broke down” during the insurrection.

The report said Chief of Police at the time, Steven Sund, believed officers would need support securing the area but did not order an operational plan ahead of time – which resulted in a lack of leadership during the riots.

More on Us Capitol Riots

“I was horrified that no deputy chief or above was on the radio or helping us,” one officer told the committee in an anonymous statement.

“For hours the screams on the radio were horrific, the sights were unimaginable and there was a complete loss of control.”

The report also noted the lack of “effective protective equipment” for officers.

The Capitol Police Labor Committee released a statement recounting some of the serious injuries seen, which said there were officers “who were not issued helmets prior to the attack who sustained brain injuries” as well as an officer with “two cracked ribs” and another who was “going to lose his eye”.

The Senate report recounted how the National Guard was delayed for hours due to a “lack of emergency authority” to obtain the necessary approvals for its assistance and the failure by Capitol Police to request its help before 6 January.

Deployed troops did not arrive until about 5:20pm – nearly three hours after they were requested – and by which time the House and Senate chambers had already been declared secure.

The committees have made several recommendations following the investigation including giving the Chief of Police the power to request National Guard help in an emergency, improvements to officers’ training, equipment, intelligence collection and operational planning.

• The police incident command system “broke down during the attack, leaving front line officers without key information or instructions as events unfolded”