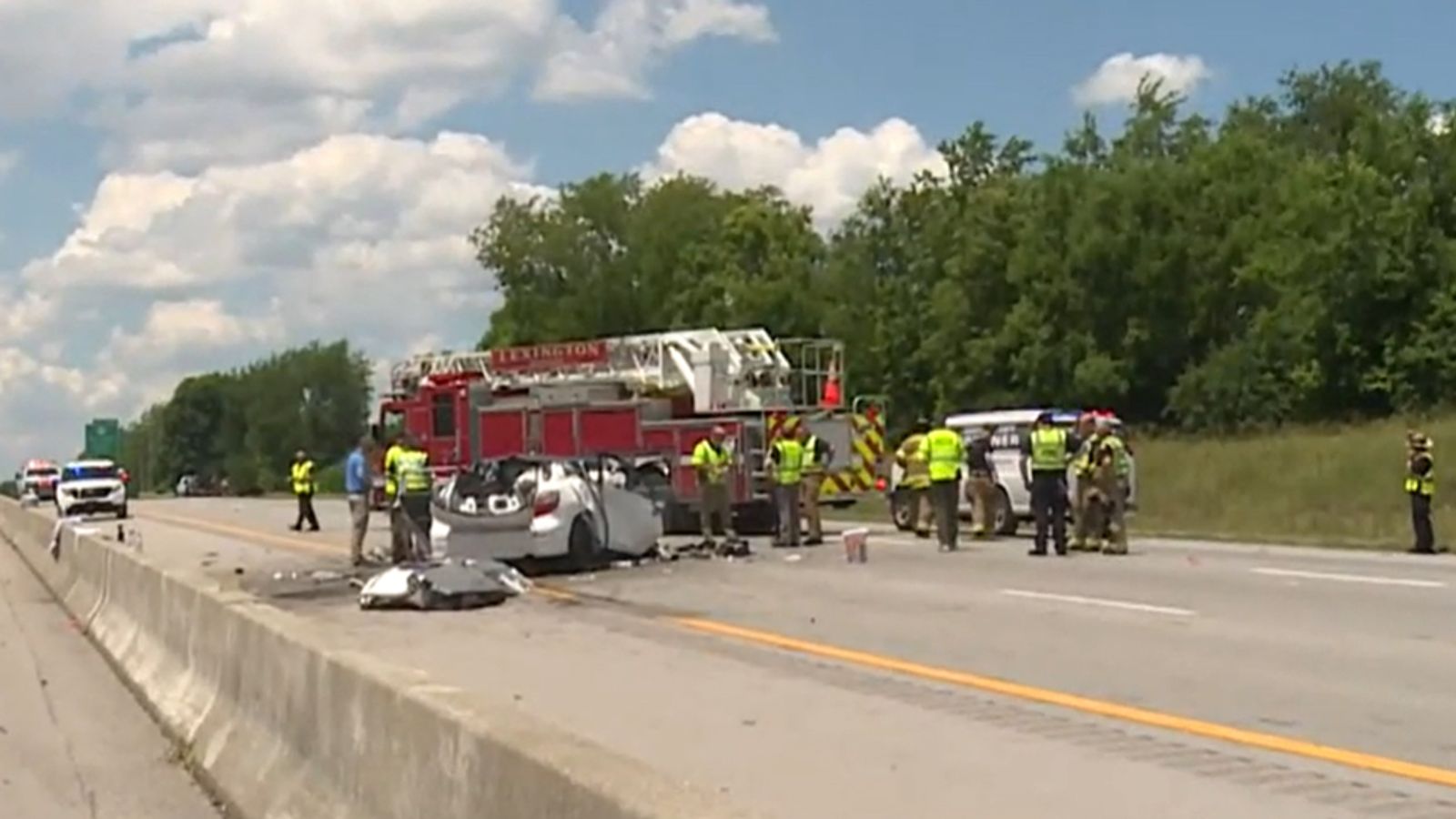 Six people, including four children, have died in Kentucky after a car being driven the wrong way on a highway hit another vehicle.

The driver was heading south in the northbound lanes of the Interstate 75 when she crashed with a car carrying five people in Lexington on Saturday, killing all six involved.

A statement by the Fayette coroner identified the victims in the northbound car as Catherine Greene, 30, Santanna Greene, 11, Karmen Greene, 9, Brayden Boxwell, 5, and Jack Greene, 2 from Owentown, Kentucky.

The driver of the car heading the opposite way was identified as 38-year-old Jamaica Natasha Caudill from Madison County.

Both Ms Caudill and Karmen Greene died at the scene while the others were pronounced dead after being taken to hospital.

Police said they received a call about a car going in the wrong direction but the crash occurred before officers were able to locate the vehicle.

The crash on the busy north-south road, which crosses the country’s midsection from South Florida to the Canadian border, remains under investigation.

It is the second multiple-fatality crash involving a driver going the wrong way on the interstate since January 2019, when six people died after a drunk-driver struck a car carrying five people from Michigan going on holiday.

A coroner later ruled the driver had a blood-alcohol content more than three times the legal limit.