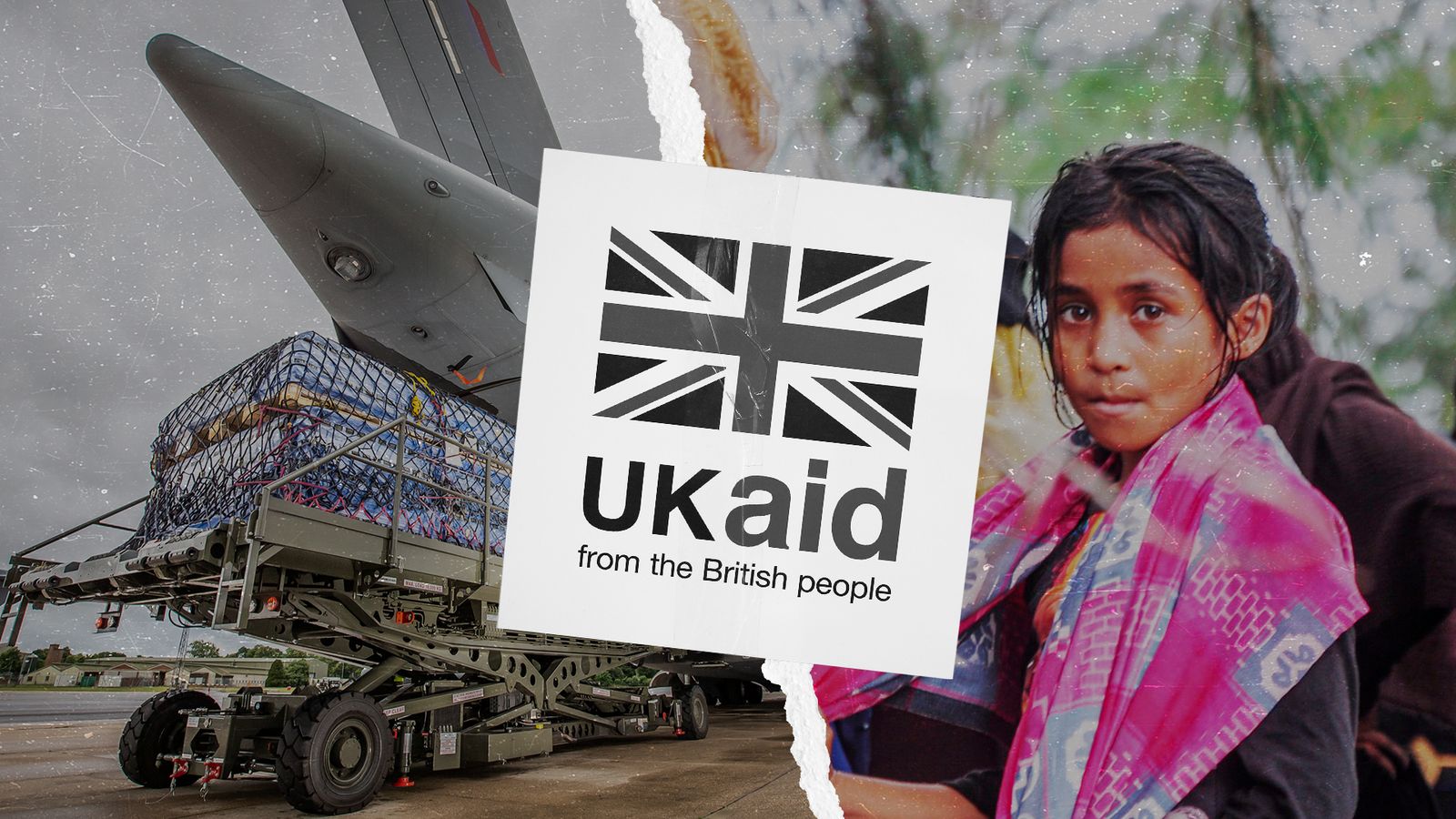 Conservatives rebels have been among those calling on the government to reverse its plan to cut foreign aid.

Since 2015, it has been enshrined in UK law for the country to give at least 0.7% of Gross National Income (GNI) to lower and middle-income countries to aid their development.

The plan to reduce the UK’s contribution to foreign aid to 0.5% of GNI – despite a United Nations target of 0.7% – has been met with widespread domestic and international criticism.

Here, we look at how much the UK gives in comparison to other countries.

Most richer countries give aid, including some that are classed as middle or lower-income.

But the 0.7% target applies to countries that are on the Organisation for Economic Co-operation and Development’s Development Assistance Committee (OECD DAC).

These 30 countries are made up of many in the European Union, the UK, US, and other highly developed nations like Australia and New Zealand.

A couple of other countries are participants on the DAC, such as Saudi Arabia, the UAE, Bulgaria and Romania.

Last year, the UK was one of only seven countries reporting to the OECD that met the 0.7% target, giving the equivalent to $17.4bn – exactly 0.7% GNI. Out of European countries, only Germany spent more than the UK on aid in absolute terms ($27.5 billion or 0.73% of GNI). But several OECD countries gave more as a percentage of GNI.

In 2020, the proportion of GNI given by countries varied significantly from country to country, despite the UN’s target.

What is the money spent on?

The aid from DAC countries is called Official Development Assistance (ODA), which is intended to promote the economic development and welfare of developing countries, according to the OECD.

In 2020, the last year for which net flows of aid were reported, member countries sent $161bn to those developing countries, an increase of 7% in real terms compared to 2019. About three-quarters of that came from G7 countries.

Broadly, this falls into one of four categories: 1. Bilateral projects, programmes and technical assistance, which represent just over half of total net ODA; 2. Contributions to multilateral organisations (about a third of total ODA); 3. Humanitarian aid; and 4. Debt relief.

This can include grants that fund improvements to the health of people in developing countries, such as vaccination programmes, but it can also include programmes that can benefit donor countries, such as infrastructure projects that allow greater levels of trade and investment.

Many countries, such as Japan, offer a sizable proportion of their aid in the form of loans.

How has the UK been doing up until now?

It came about after the Conservative Party committed to the target in its 2010 manifesto, when it also proposed setting up a dedicated department for international development to help achieve its aim.

It has maintained the commitment in subsequent manifestos, including in 2019 when it pledged to maintain the proportion of spending.

In 2010, then leader David Cameron defended the move, telling business leaders at the Lord Mayor’s banquet in London’s Guildhall that it saved lives, prevented conflict and was the “most visible example of Britain’s global reach” for millions of people.

Since 2015, the Government has also been under a statutory duty to meet the 0.7% target, as a result of the International Development (Official Development Assistance Target) Act.

But, in the wake of the impact of the pandemic, ministers want to slash the proportion to 0.5% saying that, while it is only a temporary measure until the nation’s finances are repaired, it will save £4bn.

If the UK had spent 0.5% of GNI in 2020, as it plans to in 2021, it would have ranked 10th in the world for its aid spending as a proportion of GNI, instead of seventh, according to the House of Commons Library.

A target for international aid was originally proposed as far back as 1958 – at first by the Central Committee of the World Council of Churches, which suggested a 1% of GDP figure would be appropriate, and the idea was then circulated to all United Nations delegations at the 1960 General Assembly.

The 0.7% target was first agreed by the DAC in 1970 and it has repeatedly been international endorsed.

Among the key moments at which the 0.7% figure has been backed are the 15 countries that were members of the European Union by 2004 agreeing the following year to reach the target by 2015 and the 0.7% target serving as a reference for 2005 political commitments to increase ODA at the G8 Gleneagles Summit and the UN World Summit.

In 2017, the UK government said it wanted to modernise the ODA rules to include some peacekeeping-related spending.

Currently, spending on military equipment or activity, including peacekeeping expenditure and anti-terrorism operations, are excluded, apart from the distribution of humanitarian aid.

Aid that relates to nuclear energy can be included as long as it is provided for civilian purposes.

Do countries outside the OECD provide international aid?

OECD countries are not the only ones that provide foreign aid, in its widest definition.

Evidence has been presented that China, India and Russia – which are classed as middle and upper-middle income countries – provide aid that would qualify under the ODA rules, but the amount they provide is not subject to the degree of transparency of DAC aid budgets.

US research group Aid Data has examined the Chinese loans paid to developing countries for a wide range of projects and businesses, with tens of billions in ODA payments given to lower or middle-income nations.

The vaccine diplomacy engaged in by Russia and India illustrates how two other countries outside the OECD offer one form of help.

And the World Bank reported that Russia’s ODA was $1.2bn in 2017, the last year for which figures were available, and India’s Ministry of External Affairs says it has offered “lines of credit” to 64 countries, worth $30.6bn.

Westminster’s ‘nepo babies’ are here to stay – whether we like it or not | Adam Boulton
Ofgem tells suppliers to suspend forced installation of prepayment meters, Sky News understands
China threatens ‘further actions’ over US downing of suspected spy balloon
Rising public support for unions despite widespread strikes, Sky News poll suggests
Why AMD is faring much better than Intel in the same tough economy