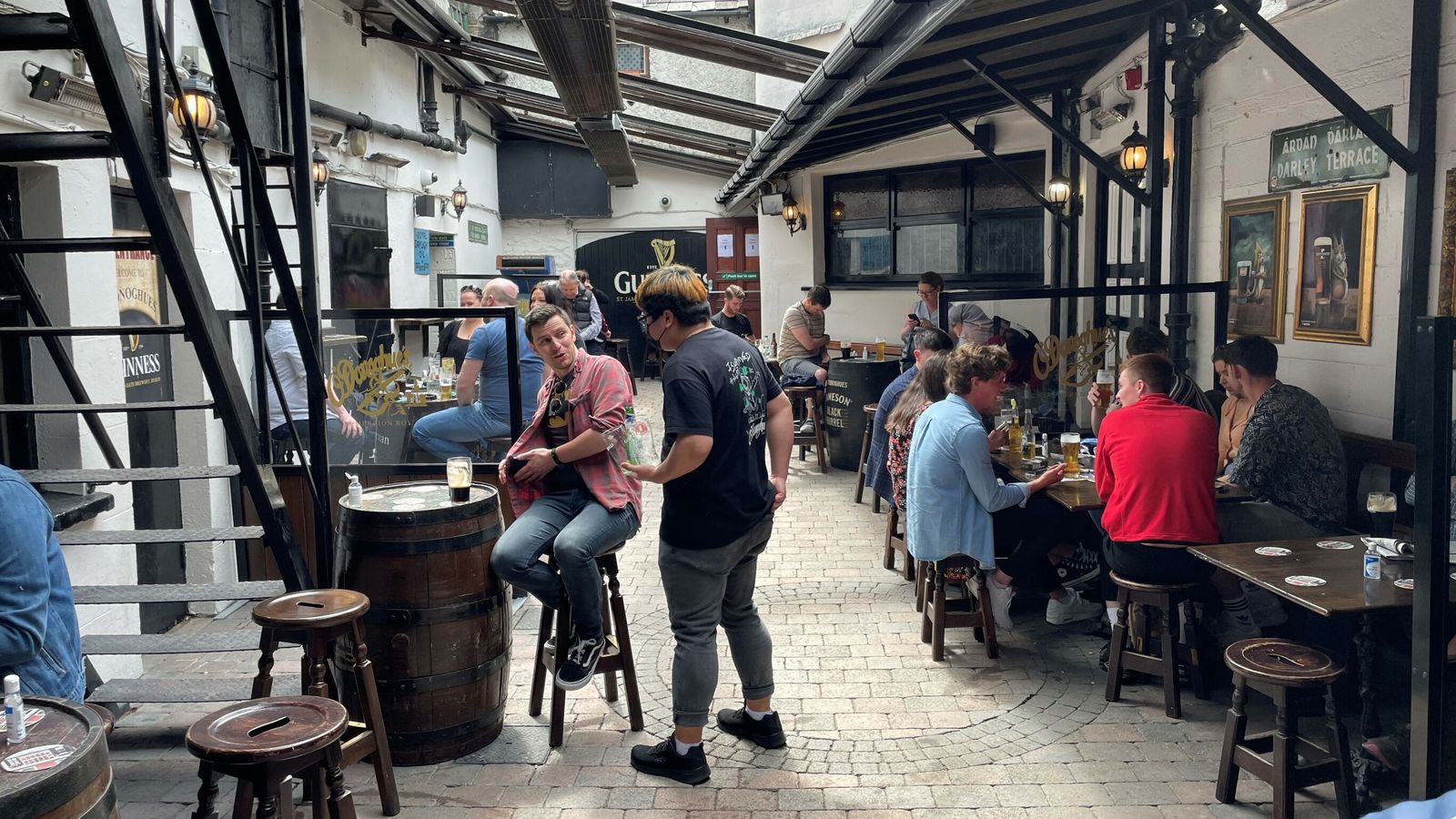 Banjo musician Anthony Ward takes a long draught of Guinness and looks like he is savouring every drop.

The Dubliner can’t go back to gigging yet, but he can at least enjoy a proper pint.

“I’ve had one jab myself now so far”, he tells us.

“My next one isn’t until the end of July, so this is literally my first day out.

“I’ve been locked in now for the last year, and I’m no spring chicken either!”

As Ireland’s rules relaxed today, allowing outdoor hospitality for the first time in six months, the Dublin institution was able to blow off its cobwebs.

While gastropubs were forced to shut back in December, traditional pubs like O’Donoghue’s which don’t serve food have been shut even longer – since the very first lockdown in March 2020.

“We’re excited to get going and welcome everyone back. It’s great to see the familiar faces coming through the door.”

Her staff ferry pints across the pub’s courtyard to thirsty punters.

It’s estimated that 25,000 bar staff will get back to work today.

“We’ve all our staff back, it’s a great relief for them and all their families as well.

One of her regular customers is Pat Kelleher.

“Today is an amazing day for Ireland,” he says. “It’s just great freedom.

“That word freedom meant nothing to me before, but today, to sit here and have my pint again is very emotional.”

As the sun beat down on a Bank Holiday Monday, many of central Dublin’s outdoor hostelries were packed.

A queue formed outside Grogan’s Castle Lounge, renowned for its ham and cheese toasties.

Like O’Donoghues, it had been shut for almost 15 months.

Customers were exuberant. Laughter and good-natured roaring filled the air, over the soundtrack of one of Dublin’s street buskers.

It all felt very much like a normal Bank Holiday – rather than the first chance a frustrated people had to raise a proper pint all year.