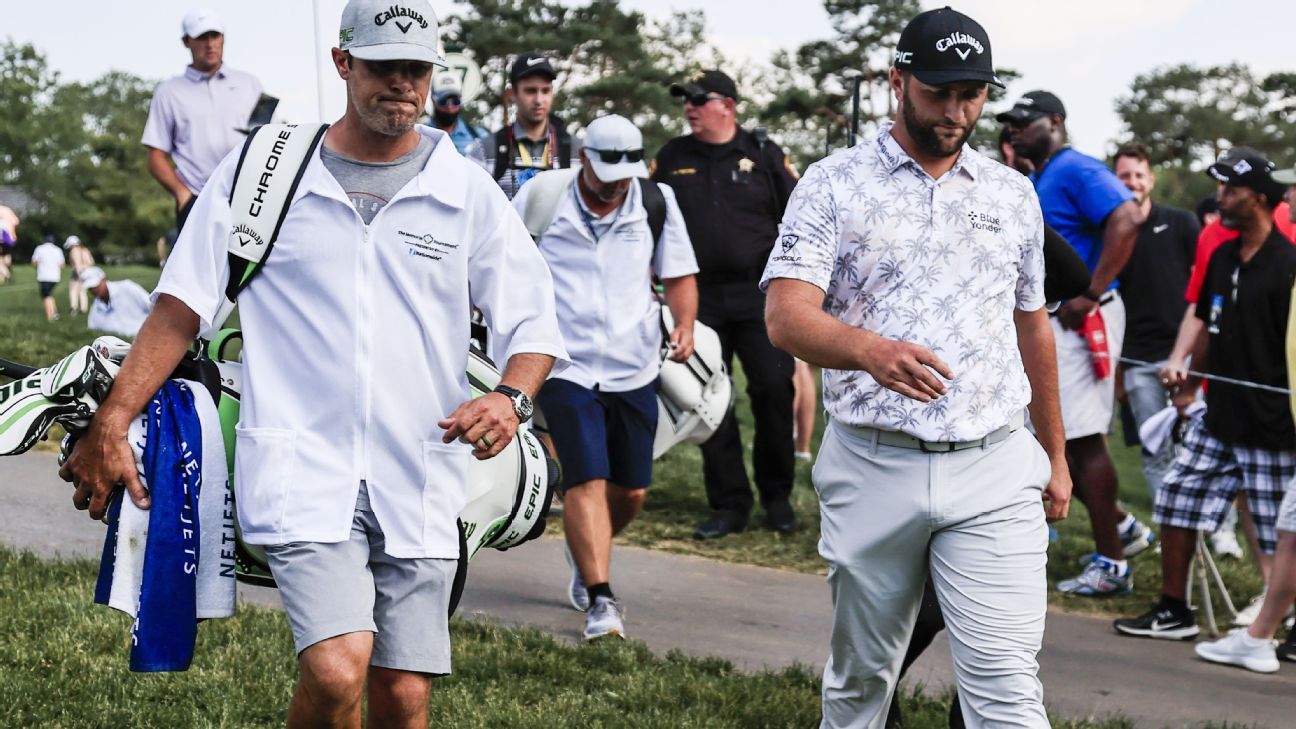 DUBLIN, Ohio — Jon Rahm, leading the Memorial Tournament by six strokes, was informed following Saturday’s third round that he tested positive for COVID-19 and was withdrawn from the tournament.

Rahm, ranked second in the world, was given the news by PGA Tour medical personnel as he walked off the 18th green at Muirfield Village Golf Club, where he was the defending champion.

According to the PGA Tour, Rahm was notified on Monday that he would be subject to contact tracing protocols after coming into close contact with a person who was positive for COVID-19. Per the PGA Tour’s health and safety plan, Rahm was allowed to remain in the tournament with the stipulation that he would need to be tested every day and would have restricted access to indoor facilities.

Rahm had tested negative every day, but his most recent test — performed following the conclusion of his rain-delayed second round on Saturday morning and before the start of his third round in the afternoon — returned a positive result at 4:20 p.m. local time, while he was still on the course. A PGA Tour medical advisor requested a confirmatory test on the original sample, which came back positive at 6:05 p.m., just as Rahm was finishing his third round.

Rahm — who finished off a second-round 65 Saturday morning that included a hole-in-one on 16, before carding a 64 in the afternoon — has been asymptomatic, the tour said. He will need to remain in isolation through June 15, two days before the start of the U.S. Open at Torrey Pines.

“While this is an incredibly unfortunate situation, throughout 50 events since the PGA Tour’s return to golf, there have been only four positive tests (including Rahm) within competition,” the PGA Tour said in a statement. “Rahm is the first positive, asymptomatic case as part of the Toru’s routine, contact-tracing protocols.”

Rahm was the 10-1 favorite at Caesars William Hill entering the tournament. With his withdrawal, Collin Morikawa and Patrick Cantlay are now the co-leaders at 12 under, 3 strokes ahead of Scottie Scheffler and Branden Grace.