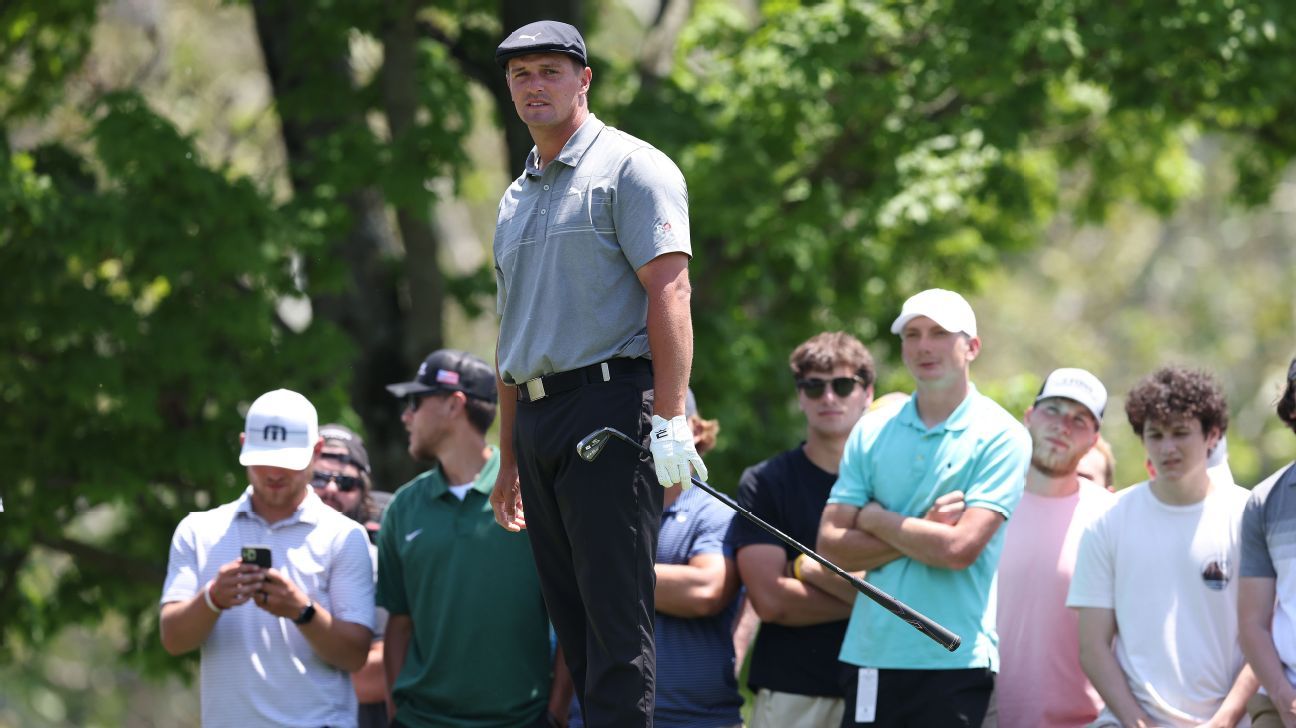 DUBLIN, Ohio — Bryson DeChambeau said he believes the PGA Tour will need to step in if the well-chronicled feud between him and Brooks Koepka escalates toward encouraging poor fan behavior.

The comment came after Koepka offered to supply beer for the fans evicted from the Memorial Tournament on Friday because they were believed to have been taunting DeChambeau.

DeChambeau said Saturday he was aware of Koepka’s offer but had not seen the video posted to Twitter.

“I think that’s something that the Tour needs to handle, it’s something I can’t control,” DeChambeau said after the third round at Muirfield Village Golf Club. “I tried to take the high road numerous times and I think that from my perspective, I’ll continue to keep doing so and people are going to do what they want to do. So it is what it is.”

On-site security at the Memorial said about 10 spectators were ejected on Friday after they taunted DeChambeau by saying “Brooksie” or other comments, some of which were made during his backswing. DeChambeau said he did not request that anyone be removed, but security was quick to admonish anyone who did the same on Saturday.

There were far fewer incidents during the third round and DeChambeau appeared to have good interaction with spectators, despite shooting 73 and being well out of contention.

“I wanted to say the fans were awesome today,” said DeChambeau, who defends his U.S. Open title in two weeks at Torrey Pines. “They came out, supported me. Obviously, you’re going to have people saying things, but again like I said yesterday, it doesn’t rile me up, it doesn’t affect me or anything like that.

“It’s great banter, it’s fun, but the fans were awesome, the golf course is in great shape.”

The fan response on Friday was due to a viral video conducted by the Golf Channel that never aired on television. During it, Koepka was distracted while being interviewed as DeChambeau walked behind him. He rolled his eyes and dropped an expletive, and the interview was re-done. The original was leaked, leading to a good bit of back and forth.

DeChambeau said his representatives have spoken to Tour officials but offered no details.

“I think it’s something along the lines of how the Tour wants to player to act,” said DeChambeau, who then referenced the Player Impact Program and the $40-million to be doled out to 10 players based on their ability to “move the needle.” “If he keeps talking about me, that’s great for the PIP fund.”